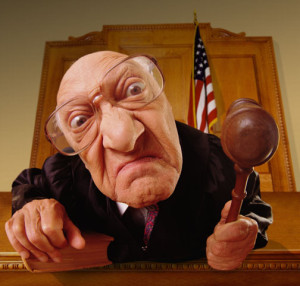 I’ve had a gutful of dangerous criminals reoffending after serving pitiful sentences handed down at the discretion of sympathetic judges.

Some in the legal community argue the media is stoking these feelings of mine through sensationalist reporting that excludes the reasons why a judge hands down a particular sentence. Others in the legal community agree that the sentences are simply too light. These differences of opinion amongst legalese indicate that sentencing is, within reason, subjective: ultimately the severity of the punishment comes down to the sentencing judge’s individual values.

Judges who are more empathetic towards the victim will deliver a harsher sentence than judges who have convinced themselves that the law, itself, trumps life, and that they are the law. The root cause for light sentencing of serious crime comes down to a judge’s ego. The good magistrates do not let their appointed role numb their humanity; they don’t seek to impose their egos on society by handing down sentences that don’t reflect society’s expectations. The law is not medicine – it rarely save lives in the true sense of the meaning. Judges are not doctors. There is no room for egos. There is only the victim.

I firmly believe that sentencing for the worst crimes should only take into account the impact of the crime on the victim and their families. Murder should have a mandatory life sentence. There are more than enough examples of light sentences leading to further tragedy to warrant a complete review of the way our judiciary is run. Justice is not being served by the people responsible for delivering it.

As for the murderer: if they truly repent their crimes they would truly understand the impact of their actions, and have no desire to re-integrate with society. They would humbly accept life in prison. In fact, they would demand it. Rarely is this the case. 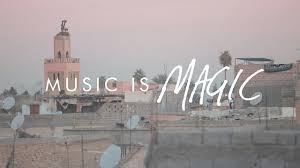 Music has always played (excuse the pun) a massive part in my life. I love how it makes me feel, what it means to me, its magic and its power. I listen to all genres, everything from the soaring rock anthems of Queen to Lorde’s 2013 hit Royals and Flumes haunting trance-like ballad Insane. Every once in while along comes a song that I need to hear. Timing has a lot to do with it. The song might have been around for years, centuries in some cases, but I stumbled upon it when I needed to hear it most. Here’s a list of ten such songs. I would love to know what songs have been there for you.

Feel free to contact me if you want to know how these songs helped me to move on: pick a song and I will tell you what was going on in my life at this time. 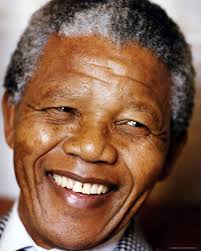 Former Australian Prime Minister Malcolm Fraser summed it up perfectly when he said this: ‘If we had three or four Mandelas to scatter around the world in important countries, the world today would be a safer place, and more secure for all of us’.

Nelson Mandela was the living embodiment of everything beautiful about humanity: honour, generosity, modesty, forgiveness, honesty, brilliance, humour, passion and compassion. He possessed all of these qualities fuelled by his unconditional ability to love. He believed in a peaceful future for us all, seeded in equality. He laid the foundation. Let us honour this great man’s dream and strive for that future.

Thank you, Nelson Mandela. I have a four-year-old boy, and as soon as he is old enough to understand, I will tell him your magnificent story. 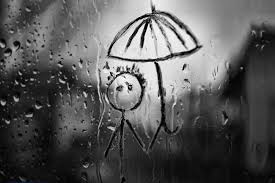 I read in a recent blog that if I don’t have anything to blog about I should at least write something. I’ll start with the weather. Brisbane didn’t have a winter – that’s how it felt anyway. The temperature might have dropped for a couple of weeks. It’s cold today, though, relatively speaking … It’s raining too. This blog isn’t about meteorology, however, so enough of the weather.

Next week I’m meeting a friend. She’s helping me with the dialogue in my second novel. She’s quite brilliant. It’s important to bounce ideas off fellow writers when you’re crafting a story. A fresh set of eyes helps. Join a writers’ group if you have time.

I’m starting to think about my New Years resolutions – past, present and future. I don’t have a great strike rate, and I like setting the bar high! This year I wasn’t able to master inter-dimensional time travel or spot a Death Star using my friend’s 30 inch telescope. I think I might carry these over to next year.

Speaking of next year – my son turns five in March. He’s off to ‘big school’. He performed admirably at his early childhood Christmas concert. All the kids did. Magical! I arrived home in time for the 7 o’clock news to see China, South Korea, Japan and the US rattling sabres over the air we breathe. Don’t our leaders have Christmas concerts of their own to attend? 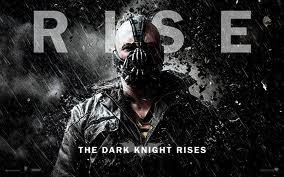 I think I prefer Marvel to DC Comics although the last Batman movie edged out The Avengers in my opinion. I’m going to write an in-depth review of The Dark Knight Rises one day. I need to explore exactly why I found it so profound. Perhaps it’s got something to do with Gary Oldman reciting one of my favourite lines from Charles Dickens’s A Tale of Two Cities near the end of the movie.

A thousand smiles and Merry Xmas