The Gates to Everway

A dark, fast-paced ‘coming of age’ story that celebrates the power of imagination and the importance of dealing with the past. 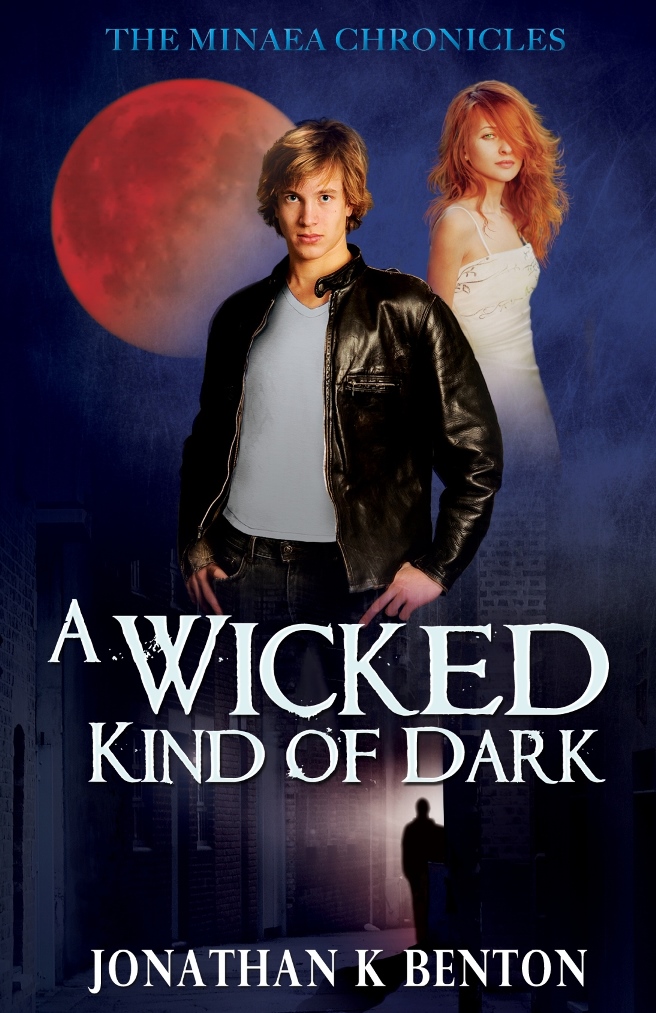 Robert Duncan no longer believes in magic. A mysterious call about a blood moon, however, leads him back to the magical world of his childhood and to Luthien, the beautiful girl with flame-coloured hair, whom he loved and lost.As Robert unravels the secrets of his childhood, darkness enters his life and an ancient evil awakens. To have any chance of defeating the dark forces that would destroy two worlds, Robert must find Luthien before the rise of the blood moon. He must, once more, believe in magic.

A Wicked Kind of Dark mixes vast and spectacular fantasy landscapes with gritty urban reality. A must-read for people of all ages who believe in the power of imagination, and the importance of never losing touch with your inner child.

“The debut novel from a Kiwi author, this story does a slick job of combining fantasy with reality. The plot deals with love and magic and will appeal to a young adult audience. Benton wears his literary influences on his sleeve and refers to more than one cultural touchstone while keeping the reader hooked.”

“The demon stepped on to the Darum Plain and howled. A pair of blue-grey doves rose from a nearby belt of prairie grass and fled south. So begins Jonathan Benton’s first novel, A Wicked Kind of Dark, which introduces an exciting new voice in Australian young adult fiction … “

“… Young adult fantasy readers will love this imaginative new series. Its exploration of modern teenage issues like depression and isolation works well within its classical literature framework, making it a lyrical and significant read.”

“A Wicked Kind of Dark is a well-paced and well told tale.”

“Jonathan’s great achievement in this, his first novel, is to marry Tolkien-esque fantasy and apocalyptic escapism with contemporary urban alienation. Like his troubled protagonist, he moves between these worlds – which are equally real and haunting – with ease.”

“I feel that Jonathan K. Benton really succeeded in bringing the characters and setting of A Wicked Kind of Dark to life … The story is a well-paced page-turner and the writing style engages the reader to care about the outcome.”

“… How do you make yourself known in such a crowded market [young adult]. Well, before all else, you have to produce a very good book filled with beautiful writing, and this is what Jonathan has done …”

“WHOA. Can I just say that I’ve never had a book that has made me laugh, cry and frown all in one sitting … Honestly, I’m so happy to see a fantasy piece that combines a little bit of reality within it … This young adult fiction piece has done an amazing job at proving just how important it is to see the world through the eyes of our inner innocence.”

“Brisbane writer Jonathan K Benton has created a parallel world of magic interwoven with reality in this dramatic debut tale of good and evil. Young hero Robert Duncan refuses to believe in the supernatural until a chilling phone call from an unknown woman forces him to remember his past and his childhood sweetheart. Robert finds himself thrust into the dark, dangerous world of Minaea, where magic is everywhere and humans are forbidden. But a powerful demon threatens to overshadow the good of Minaea and, to save the world from darkness, Robert must find his lost friend Luthien before the next blood moon. Dripping with descriptive language, A Wicked Kind of Dark is a sinister kind of fairy tale that grips readers from the first chapter. It is a climactic tale for teens that explores the limitless power of the imagination. ”