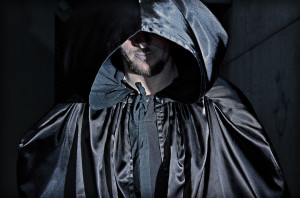 If I were a vampire, I would feed exclusively on the worst criminals society vomited up. Food supply is essential. I’ve never been to Caracas, the capital of Venezuela, but Wikipedia says that there were 3164 murders there in 2011. With a population of 3.2 million, Caracas has both the population and crime rate to support a vampire. But would I really want to live there.

Sydney is too sunny – Australia is too sunny. Magic rings, sparkling skin and SPF 1000 + cannot prevent a true vampire from spontaneously combusting in sunlight. Although vampires are creatures of the night, there be day cities and there be night.

I like the idea of New York. It has a big population and plenty of night life. If I were a vampire, I’d stand Batman-like on top of New York’s skyscrapers, and instead of putting psychopathic killers behind bars, I’d eat them.

I like the idea of old world versus new world. Vampires suit the old world and London is one of the mighty European cities. I’d meander London’s cobbled streets at night wearing an expensive suit and a gold pocket-watch. People would know not to mess with the tall mysterious Englishman with pale skin and black pointed beard. I like Great Britain’s regional accents, and yet if I were a vampire, English would be my second language.

If I were a vampire, I’d live on the Venetian canals in a three-level apartment with marble floors and crystal chandeliers. Expensive paintings would line the walls and frescos would bring life to the high ceilings. My stone coffin would lie in a secret chamber beneath the apartment. I would have witnessed Beethoven and countless wars.

Yes! The Italian Dracula – romantic and passionate, ancient and wise.