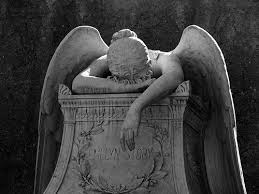 It’s hard to blog deep every week. I have to mix it up because most of my creative energy is spent on my new manuscript. Sometimes an idea germinates and I’m driven into a flurry of blogging activity, like what happened here.

I’m sitting in front of the television after a day on the computer. It’s late Saturday night and I’m trying to scrape together something interesting to blog about. I can relate to Oscar Wilde when he said: ‘I was working on the proof of one of my poems all the morning, and took out a comma. In the afternoon I put it back again’.

Then the news came on. It’s the 21st Century and there are wars popping up everywhere. Governments (not countries) are still behaving like playground bullies. Good people are suffering because we cannot sort out our shit. It makes me physically sick. Our children deserve to inherit a safer world. I’ve decided to leave you with three questions. If there are a whole lot more good people than bad in this world (and I believe there are), why does it sometimes feel like there are not? Is it just a case of a few power-drunk bad apples spoiling the bunch? How do we stop them?

My heart goes out to the good citizens of Ukraine and everyone else forced to live in fear.