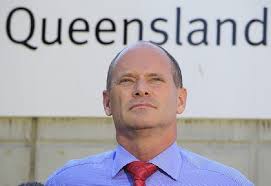 The recent pay rises given to Queensland MPs is disgraceful. This is not an article about left/right politics. All sides of the political spectrum in Australia have, at one time or another, proven themselves inept. It’s easy for the opposition to declare that they’ll donate the increased portion of their salaries – until I see evidence that this is consistently happening then, to me, it’s just a political stunt.

Politicians are meant to serve the people. They are supposed to have strong wholesome ideals and an unwavering ability to do what’s right. Whatever way I look at it, and whatever side of the political spectrum my leanings might be, the pay rise ‘handed down by the independent commission’ (the pollies keep repeating this, as though it’s some sort of defence) is wrong. Cost of living is sky rocketing – good people who work long hours might not even receive a rise this year. The Queensland Government have made a bunch of people redundant in the name of saving money, and those public servants who managed to keep their jobs will be lucky to receive a 2 per cent pay rise.

Premier Newman’s 22 per cent pay rise (or 68k) is enough to put one more police officer on the street or another teacher in an overcrowded school. Surely he can live on his previous salary of 311k plus perks. Some might argue that we need to pay our politicians top dollar to attract the best. Politicians are already paid well, and I would like to believe most of them enter politics to make a difference. Or is money their only true motivator? If it is, we’re lost.

Politicians need to learn this one too – in a different way. ‘Show don’t tell’ is writing 101. I found this link because I’m strapped for time. Read it and be reminded. Telling is okay, by the way. Sometimes it’s necessary to maintain pace. Just don’t ‘tell’ the important parts.