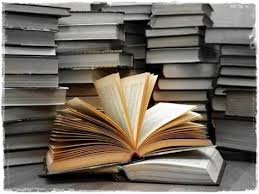 Without a great book to support them, the following sentences might not have been so great. Each sentence appeals to me in a different way. For example: Douglas Adams’s unique voice exudes personality. Dickens’s words are profound, and who knew C. S. Lewis was a comedian?

Here they are, in no particular order:

‘There was a boy called Eustace Clarence Scrubb, and he almost deserved it.’

C. S Lewis The Voyage of the Dawn Treader

‘In a hole in the ground there lived a hobbit.’

‘Far out in the uncharted backwaters of the unfashionable end of the Western Spiral arm of the Galaxy lies a small unregarded yellow sun. Orbiting this at a distance of roughly ninety-eight million miles is an utterly insignificant little blue-green planet whose ape-descended life forms are so amazingly primitive that they still think digital watches are a pretty neat idea.’

Douglas Adams The Hitchhiker’s Guide to the Galaxy

‘All children, except one, grow up.’

‘When I wake up, the other side of the bed is cold.’

‘The seller of lightning rods arrived just ahead of the storm.’

Let me know your favourite first sentence and I will add them to this post. I’ll even read the book, if I haven’t already.