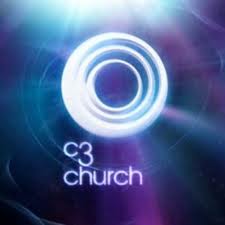 A friend invited me to the C3 Church Christmas concert in Bridgeman Downs Brisbane.

C3 Bridgeman Downs is based in an impressive complex with a great café and a large air-conditioned hall. I was expecting to listen to a few hymns sung by monks in brown robes followed by a lengthy sermon from an ancient priest carrying a gold sceptre and who glared down at the masses through a pair of steel-rimmed spectacles – such was my Roman Catholic upbringing. This simply was not the case.

People sat on the floor inside the vast hall on picnic rugs and small chairs. The children gathered at the front – the concert was more for them than the older generation, evidenced in jolly Santa being pulled down the aisle by a group of fit youths wearing antler hats. I found myself clapping along with everybody else. Laughs aplenty.

A talented young band provided live music to the equally talented singers and dancers. Great choreography was on show. It was a well-organised event full of positive energy. A brief sermon by an energetic pastor highlighted the symbolism behind the star that sits atop most Xmas trees. Jesus is that star, his light leading us to him (the pastor’s words were far more eloquent than my own).

A good church creates a sense of community – I felt this sense of community at C3 Bridgeman Downs. Representatives of Ronald McDonald House and Foster Care Queensland received generous donations from the church to their respective charities.

Like most religions, The C3 Global movement encourages its members to donate money to the church. The hall and café wouldn’t be possible without these contributions. I believe in freedom of choice. If someone wants to donate money to their church, who are we to judge. To make an analogy: sports clubs wouldn’t survive if people didn’t pay their membership fees … As long as an organisation doesn’t force its members to give money through bullying and threats of divine retribution.

My thoughts – some churches take advantage of the perceived weak to increase the church’s coffers. These churches lure potential members by promising security and well-being to those who possess little of either. Then there are the churches that genuinely care for their members. First impressions, and based on the wonderful evening I experienced, I believe C3 is a genuine community-based church.

Thank you for the lovely evening, C3 Global.

Please note: Before joining any church I highly recommend talking to as many people as possible to make an informed decision. Prayer also helps, one would think!!!